There is a frequency hype going on for some time, which is rooted in a total misunderstanding of the meaning of “tuning”.

You can read all over the internet articles about “healing” frequencies or frequencies, which are supposed to activate chakras, pineal gland and even god sounds. There are countless videos on YouTube promising all sorts of advantages by listening to their mystical frequencies.

432 Hz is one of these celebrated tuning frequencies and they say it would be an ancient tuning or even the vibration of the universe.
This is all nonsense and can be very easily explained to anybody.

First of all, tuning means we bring the keys of a musical scale in a harmonic row. The tuning is defined as an international standard as being an A at 440Hz.
Most instruments you can buy are tuned to this standard and this is very important to have a common standard because if you would hear a band with every instrument being tuned differently, it would sound terrible “out of tune”.

So, what is the meaning of a different tuning besides the standard 440 Hz?
If you have a random frequency and you would like to tune for example a guitar to this frequency, you must know the so-called “master tuning” and there are simple calculations, how to find out this master tuning.

In the case of the 432 Hz tuning, there is a tone frequency where this tuning comes from and this frequency is the 32nd octave of the Earth Year orbit around the sun. By the use of the octave (multiply by 2) we can translate any recurring event into the audible range of human hearing.
The Earth Year frequency in the 32nd octave is a C# at 136.102 Hz.
If you want to tune now the mentioned guitar to this C#, the resulting tuning frequency is 432.098 Hz.

The natural law of the Cosmic Octave calculation was discovered in 1978 by the Swiss mathematician and musicologist Hans Cousto as the link between different kinds of periodically recurring natural phenomena, such as the planet or moon orbits, the weather, colour (light waves), rhythms and tones.

The octave-tone of the rotation of Earth

Calculations solved with the  Icosmo calculator:

You can find the comprehensive information about the cosmic-octave tuning on the website www.Planetware.de.

These “mystical” frequencies are often a result of numerologist coming up with an interesting number and they add a Hz (Hertz) behind this number. It’s like putting a label “BANANA” on an apple.
If one wants just to play around with numbers and randomly experience a number as a frequency than there is nothing wrong with that. It is wrong, if this meaningless number suddenly gets an interpretation and artificial meanings, so a fake myth can be started.

To experience a natural frequency by tuning an instrument to it is a wonderful and interesting thing to do. There is no need for myths and pseudo-spiritual nonsense, so this frequency is becoming a holy grail of some sort.

It is beautiful enough to be the audible translation of our planet’s movement around the sun. Of course, we can translate any recurring events into audible frequencies and find their accurate tunings.

Nothing mystical and simple mathematics.

There are many articles to find on the internet and mostly they don’t include the final resolving information, about the real origin and meaning of the 432 Hz tuning.

Following article is a very comprehensive collection of historical facts and it debunks the myth pretty well, but the author of this article missed to mention the resolving truth about the origin of this tuning, which triggered me to write this article here. 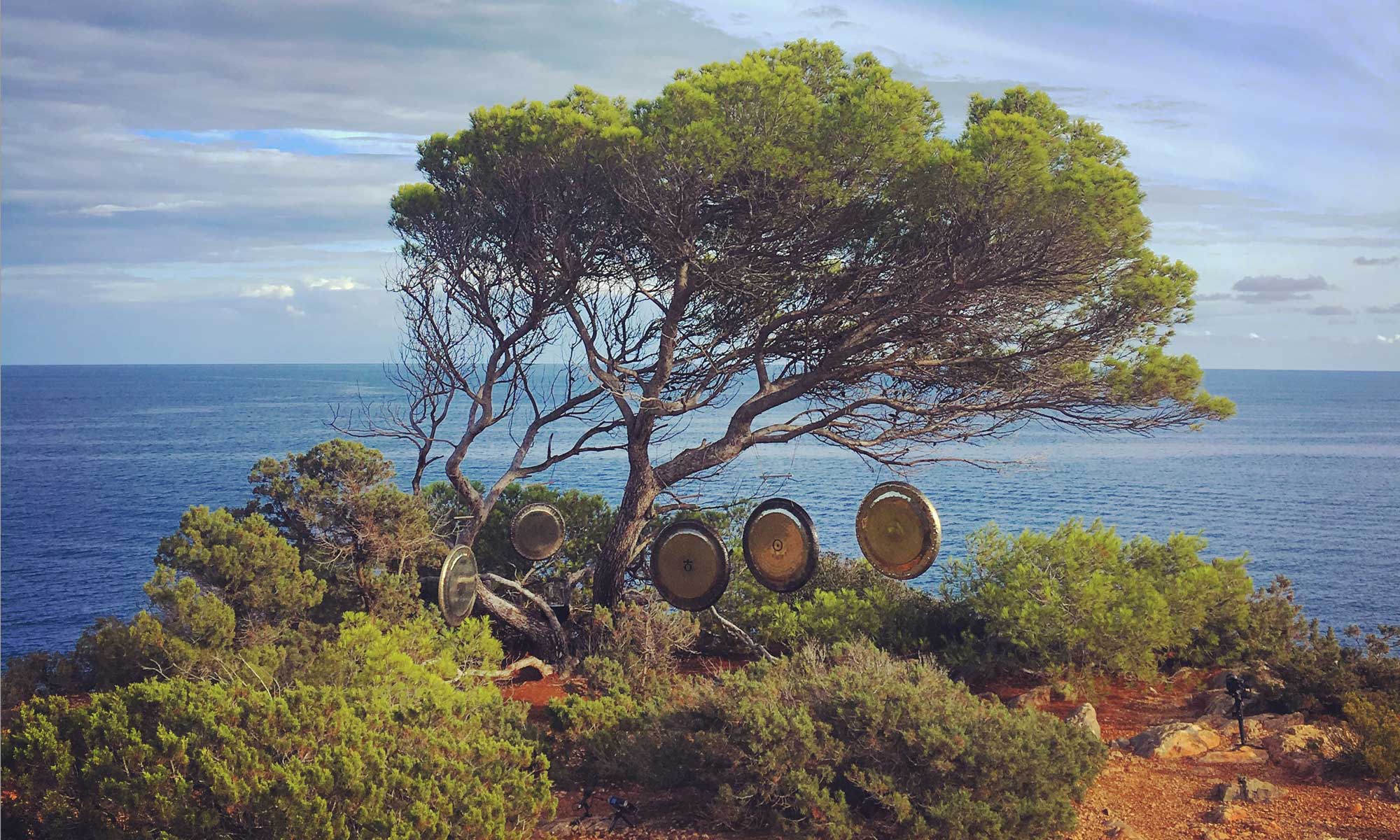 In the following article, I am explaining the issue about loud gong playing, some historical facts and how it should be done properly.

Since some years the gong meditations are getting more and more famous all around the globe. I am a gong master my self and I play a set of 6 symphonic gongs from the German manufacturer PAiSTe.

In 2001 I started to tune my own music productions based on the cosmic octave tuning, which is also the tuning of the so-called planet gongs. For about 15 years now I am deeply into that matter and researching the nature and effects of these natural frequencies. Because I am also a musician, my approach is holistic to the entire issue and I am writing this blog entry to put out the word about the right and wrong way of playing the gong.

In the Kundalini scene, it is very common now to use the gong and these people follow the way of Yogi Bhajan who introduced the gong and now everybody believes this way of playing the so-called “pink/white noise” is good and correct.

In fact, it is the opposite! White noise is the loudest sound a gong can produce and it is important to understand, that the symphonic gongs are the instruments with the widest sound spectrum of all instruments. They cover the entire audible spectrum and even blow and above.

It is common knowledge, that it is very harmful to the health to be exposed to very loud sound for a long period. So, it is clear, that the white noise of a gong is very dangerous and can harm the people who listen to this.

In my gong meditations, I have regular people coming who report their terrible experiences with this white noise gong sounds at a kundalini session and they reporting of covering their ears or even running away after some moments being exposed to this loud noise. It is frightening and on a cellular level, it is stressing every single cell and therefore also the mind and spirit. There is nothing good to it and I find it important to tell the world and make them understand, that they are on the wrong path.

Jens Zygar is a world-famous gong master and he is the inventor of the planet gongs. It was his initial idea to tune gongs to the planet orbital frequencies, based on the Cosmic Octave calculations of his friend, the Swiss mathematician Hans Cousto. Jens is offering gong training (Klangtage.de) and teaching people the correct way, how to play the gong. I am very close friends with Jens since 2001 and I have learned everything about the gong playing from him.

There are many experiences, collected by Jens during the past decades and his knowledge exceeds by far what others pretend to know and even teach. I don’t wanna name those pseudo-teachers, but there are very famous ones out there and what they teach people about how to play the gong, is simply wrong and even bad.

I could report of many personal experiences which support what I am writing about here, but I like to recommend you to experience the difference by your self before you judge or deny this.

To me it is impossible to listen to most of the gong recordings and videos out there on the internet because after some seconds of listening to that wild playing of the most self-announced gong masters, I must switch it off and protect my self from this insane noise.

As I mentioned, I am a musician and I am very sensitive to music and harmony. If I wouldn’t know Jens and his way of playing the gong, I would have never bought a gong or even thought about ever playing one.

I travel the world with my gongs and have played for some thousand people already and I keep getting this feedback from people which attended a kundalini white noise gong session, who are all basically telling me the big difference and how thankful they are for the experience of hearing the soft manner.

Sure, we all want the best for the visitors of our gong sessions and four our selves. Therefore I suggest to all of you to open your minds, forget what you have told before and look at this from the new perspective.

The gongs have to be played in waves, soft and smooth. There can be some peaks in amplitudes, but only for a short while.
Long periods of loud noise is medically an attack to the holistic health of any living creature.

I hope this article will help to raise the awareness for this issue.
Thank You.